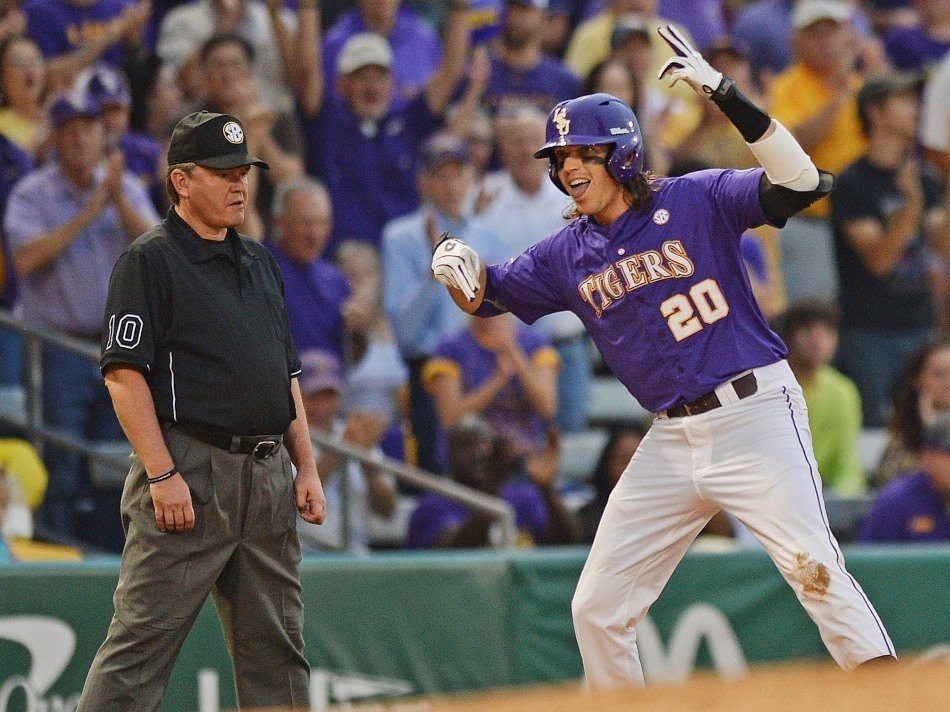 How To Play As Well As You Practice – Part 1

[I’ve found a quick prayer before doing just about anything to be helpful.  Quickly here’s one for you and me:  God, please bless this reader and allow for this info to be well received and make an actual positive change in their baseball confidence, amen!]

If only the world could have seen me practice!

That’s how I feel when I look back at my career.

I’m proud of the career I had, going from a bench sitter in HS, then to junior college, D1, then eventually the minor leagues and had success along the way,

I know this because I saw it all the time in practice.

Things are just different in practice.

The pressure isn’t the same.

Any mistake can be forgotten/learned from/discarded/whatever as soon as it happens.

As opposed to games where mistakes can be a permanent memory.

For instance, the fall of my senior year I had just transferred from Texas Tech to Loyola Marymount.

At this point you could say I’m a salty veteran and knew not to put too much emphasis on the fall.

As a result, I played probably the best baseball of my life.

Without stats being kept, I bet I hit almost .500. And the whole time, I hardly cared.

Now fast forward to the spring – I almost lost my starting 2B job to a freshman because I was hitting so poorly.

Now stats were being kept, mistakes were for keeps and scouts were in the stands.

And I tightened up, simple as that.

Luckily for me I didn’t lose my job and I ended up having a good season, but the issue of being too tense during the games is a problem I never fully conquered.

But as it turns out, there are ACTUAL strategies that can be used to bring your A game from practice to the game.

For me it was really exciting to learn these strategies but REALLY frustrating too.

How do I play until I’m 24 years old and never encounter these ideas?

WHAT IS GOING ON?

One of the best books I’ve found on the subject is called Choke by Sian Beilock. In it she explains what’s happening:

“People choke under pressure because they worry. They worry about the situation, its consequences, what others will think. They worry about what they will lose if they fail to succeed and whether they have the tools to make it. They may even conjure images in their head of the unwanted outcome – the flubbed performance, the missed shot, the fall on the ice.”

When we’re at practice we’re free and easy and letting our bodies operate on autopilot.

But come gametime instead of letting our bodies do what we’ve trained them to do, we try too hard and bring too much thought, and our actions and swing that used to be so smooth is now rigid and slow.

As a hitter, I was absolutely this guy. I didn’t want to fail more than I wanted to succeed, if that makes sense.

And what makes hitting so tough is all the time. You have so much time to let your mind worry and wander.

Other sports like football and basketball are so fast paced, that once the play begins there’s no time to overthink, the body just respond and the training takes over.

But when things slow down – like when a kicker gets iced or when a guy has to shoot free throws – those guys get a glimpse at what hitters deal with every at bat.

That said, I’ve got great news:

1. We can absolutely work to improve this.

2. Nobody is doing this. You’ll have an edge over all the worriers…and trust me, they’re all worriers.

Perhaps the most powerful technique used by professional athletes (and performers/business people/etc) is modeling.

Timothy Gallwey put it this way in “The Inner Game of Tennis” (a MUST read):

“With our athletes we use a type of role playing. We say, ‘Imagine that I am the director of a television series. Knowing that you are an actor that plays tennis, I ask if you would like to do a bit part as a top-flight tennis player. I assure you that you needn’t worry about hitting the ball out or into the net because the camera will only be focused on you and will not follow the ball. What I’m mainly interested in is that you adopt professional mannerisms, and that you swing your racket with super self-assurance.

“Above all, your face must express no self doubt. You should look as if you are hitting every ball exactly where you want to. Really get into the role, hit as hard as you like and ignore where the ball is actually going.”

This is tremendous.
Put another way, act as if you already are the player you dream to be.

Are you familiar with the saying What Would Jesus Do? Ask yourself, What Would Perfect Me Do?

Imagine that you’re that perfect version of yourself. What does it feel like? How do you carry yourself.

Then ask, how would HE feel and behave if he were in this situation.

Then, act the same way.

To some this might sound crazy, but it is incredible how well this works. I’ve tried it in my personal life as well and it applies there too.

FEEL THE BODY
Another technique the pros highly recommend is to focus on breathing.

Some call this a form of meditation. Focusing on the breath changes the mind’s focus from the future to the here and now, giving the task at hand the best chance to succeed.

Shawn Green did something similar. If he felt anxiety or that he was too much in his head, he’d step out of the box and hit the bottom of his cleats really hard with his bat, then focus on the sensation of his feet.

Bringing the mind’s awareness to some part of the body – whether breathing, feet, whatever – simply occupies the part of the mind that would otherwise be worrying and tensing everything up.

Here’s another quote from “Choke”:

“Practicing under the types of pressure that you are likely to face in an important game or tournament situation helps to ensure high levels of performance when it really counts. In my laboratory at the University of Chicago, we have shown that golfers who learned to putt in front of an audience were less anxious and putted better under stress than those who never practiced with others looking on.

Thus that half hour of putting practice at the end of a round of golf may be more beneficial when it occurs while your friends look on than when you are alone – especially if you have to buy a beer for your buddies every time you miss a shot. If you are accustomed to operating under pressure to begin with, you will be less likely to choke, whatever you are doing.”

Another example she shared was about a college basketball team that was one of the worst free throw shooting teams in the country. A new coach came in and was committed to getting really good.

At random points during a practice, he’d have his players line up and take a free throw. Make it and they got a break. Miss it and they had to sprint. The tiny pressure was big. They became one of the best free throw shooting teams.

This is a super important point to learn.

See, we can learn to cope with just about anything, including the stress of hitting.

The key is to get more and more experience and practice with it so it becomes normal.

Sort of like when you jump in April and the water takes your breath it’s so cold, but then after a few minutes it’s just not a problem anymore.

So we want to get as much experience with pressure in practice as we can.

During batting practice, something needs to be on the line (perhaps not all of the time, but often).

And you could change the scoring to however you wanted, but turning up the pressure juuust a bit could lead to huge gains.

What are your thoughts, do you have any stress techniques that have worked well for you? Please share below!

And p.s.   I’d love to learn more about your situation. I’ll be creating content to address your biggest questions and problem areas, so if you haven’t already please take 40 seconds to fill out this survey…I’ll do my best to respond personally 🙂